Leslie---no last name used by agreement---contemplates her next move in a board game in the main floor common room at a former university student dormitory now used as a residency for formerly unsheltered people. Waterloo, Ontario, Canada. 26 November 2021. UA is an interim project operated by the Working Centre of Kitchener, a community based nonprofit venture, in partnership with the Region of Waterloo, a government body. Both organisations are responding to the rapid increase in homelessness in the region. UA can house up to eighty individuals and has six to eight people on staff for each of the three daily shifts. Most but not all of the residents have drug addictions and mental health concerns. Some individuals have moved to other supported housing while many of the current residents have been living at UA for a year. Leslie gave permission to use this photo, which is from a set up series after I enquired as to who would be interested in being photographed. The game lasted about half an hour. Leslie and Jackie, a staff person, enjoyed a competitive set of games. 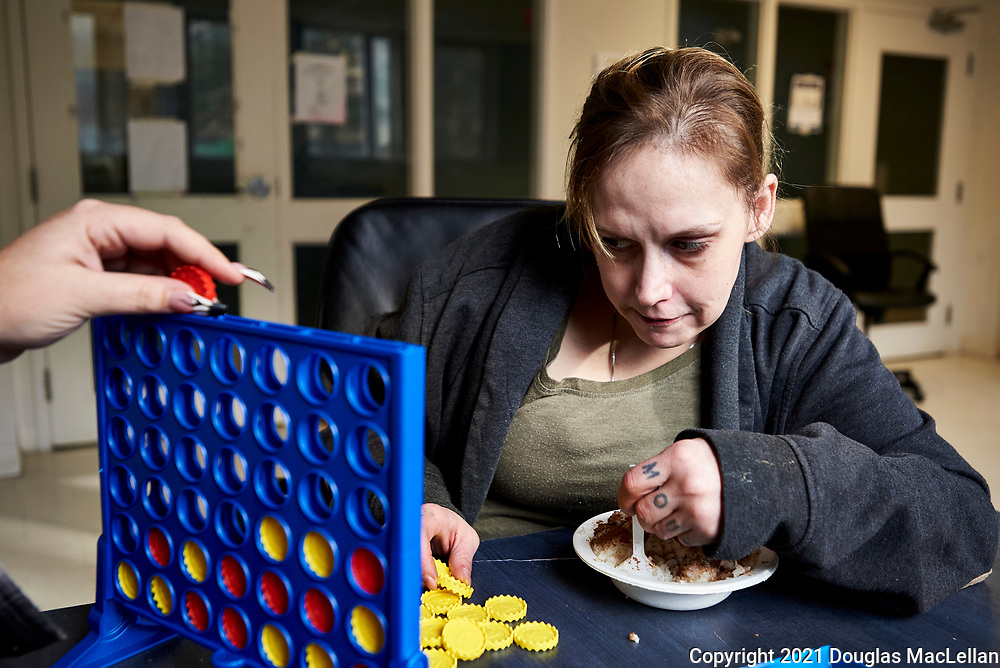